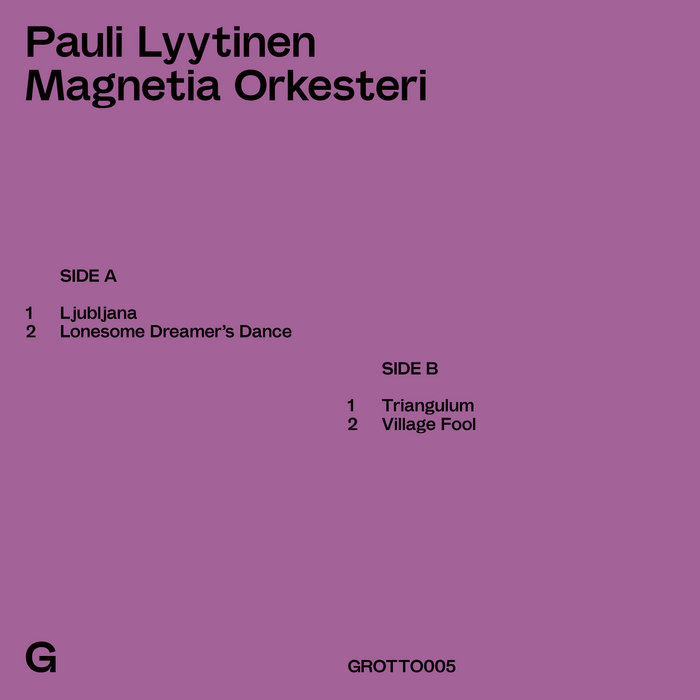 On the fifth release on the Grotto Editions X We Jazz 10" EP series, sax man Pauli Lyytinen steps up with a strong 4-tracker featuring Verneri Pohjola on trumpet, Eero Tikkanen on bass, and Mika Kallio on drums. The leader of the Helsinki-based quartet is known from other projects such as Mikko Innanen 10+ (in which the entire quartet is featured), Raoul Björkenheim eCsTaCy, and Elifantree. "Artist of the Year" at the 2017 Pori Jazz Festival, Finland's premiere jazz event, Lyytinen displays his ability of writing melodic fire music with ever-evolving momentum.

Each of the group members is currently in the middle of an active period in their respective careers, with Pohjola experiencing well-deserved acclaim for his latest LP "Pekka", Tikkanen working on the new album with the Mopo trio, and Kallio performing lauded shows experimenting with the duo of percussion and a dancer.

On GROTTO005, the quartet pools together their creative resources, presenting four original compositions by Lyytinen. They rely on their individial soloistic strengths and get a lot of mileage out of the group's strong interplay. Their sound should appeal to fans of Art Ensemble of Chicago, Andrew Cyrille, Byard Lancaster, and the indie label avantgarde movement of the late 60's/1970's, to mention but a few directions on the musical compass. That being said, the quartet shines in creating personal music which has a strong footing in the now.

We Jazz Records is a label based in Helsinki releasing cutting edge jazz music on vinyl + additional formats. The label is closely connected to the annual We Jazz Festival. Visit the We Jazz Record Shop in Helsinki, open Tue-Fri 15-19, Sat 12-16.