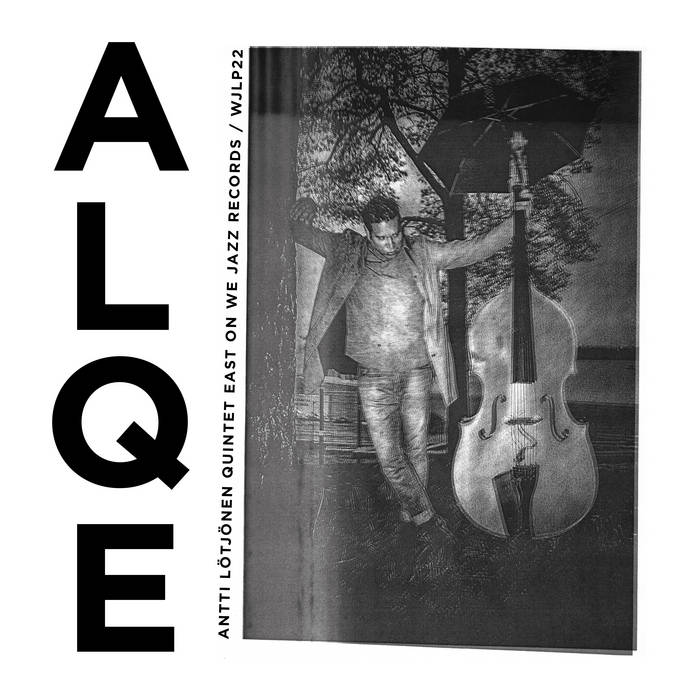 John Angus The music is outstanding as is the quality of the pressing. The sleeve is beautuful

Bassist Antti Lötjönen, one of the most highly-regarded and active musicians working in the Finnish jazz scene, steps ahead with his debut album as a leader on Helsinki's We Jazz Records. "Quintet East" features hard-hitters Verneri Pohjola on trumpet, Mikko Innanen (of Koma Saxo) and Jussi Kannaste (of 3TM) on saxes, plus Joonas Riippa on drums. Lötjönen himself is best known from his inspired work with The Five Corners Quintet, 3TM, Ilmiliekki Quartet, Aki Rissanen Trio and Timo Lassy, to name but a few. In late 2018, Lötjönen completed a successful trio stint of European headline shows with Jeff "Tain" Watts and Kurt Rosenwinkel.

On his new album, Lötjönen shines bright as both bassist and composer, presenting a compact yet far-reaching program of 9 tracks, 8 of which are penned by him. Monumental compositions such as the steadily swinging lead track "Erzeben Strasse" and the calmly confident "Le Petit Lactoire" rub shoulders with short-but-sweet teasers such as the funky "P.S.", the pastoral "Rowan" and the two solo bass tracks, "Monographs" I & II. While star-studded and packing unlimited improvisational potential, the band remains together as a unit and delivers a beautiful musical statement, one which echoes the DIY ethos and fire of the late 60's free music but also one which is very much of today and tomorrow, as constantly evolving jazz music.

Antti Lötjönen's "Quintet East" is released by We Jazz Records on 17 April on vinyl with old school tip-on sleeve and silver lettering, on CD and digitally. It arrives a day before the artist's 40th birthday, thus also achieving his goal of releasing his debut LP before turning 40. Already a fixture in the local live circuit, the band heard on "Quintet East" will likely be a force to be reckoned with outside of their native surroundings.